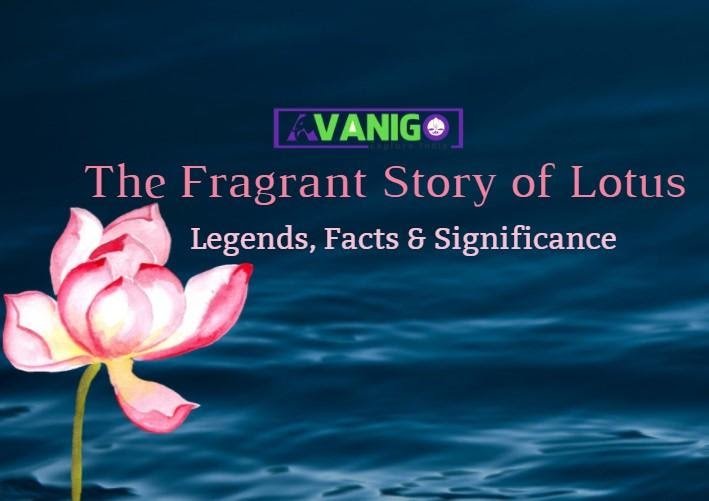 Lotus occupies an important stature in the Indian culture. Also called Water Lily, the elevated respect given to the flower is the reason why the Lotus is the national flower of India.

Intertwined with various religions as well as artistically, scientifically, and metaphorically, the national flower of India Lotus is a class apart on its own. As we move along in this post, we will gain insights into why this Indian flower enjoys this stature and the logical and scientific reason behind it.

Why is Lotus the National Flower of India?

It was on 26th January 1950 when India turned Republic, the Indian National Government declared Lotus as its national flower. Going by the basic rules, for a flower to be declared as a national flower, there are certain criteria:

Thus, lotus meets all these criteria with ease.

Indian Lotus or popularly called the Sacred Lotus is called Nelumbo nucifera according to scientific nomenclature. This national flower grows widely in the country. It is grown in a wide range for commercial and medicinal purposes.

Lotus is a symbolism for detachment and fulfilling one’s dharma without being disturbed by the surroundings. According to Bhagavad Gita, one should perform their duties with full attention just like a lotus blooms irrespective of it being born in the mud.

The Sanskrit term for Lotus is the Padma. The Central Government honors its civilians who contributed to various fields and make a difference with the ‘Padma Awards’ – Padma Shri, Padma Bhushan, and Padma Vibhushan. This emphasizes the stature of the term ‘Padma’ and the reverence offered to the Lotus flower.

Significance of Lotus in Hinduism

This national flower India dates back to thousands of years ago, probably to the origin of this Universe according to Hindu scriptures.

Significance of Lotus Flower as per Yoga and Spirituality

Lotus is also culturally significant in India. Every festival puja that is associated with Goddess Lakshmi, Vishnu, or Ganesh, this flower of India is mandatory. It finds a place in the decoration and offering to the deity.

Naming children with beautiful eyes with lotus names is also common in India. Some of the children’s names that mention lotus are – Padmini, Rajiv, Ambuja, Neeraja, Kamala, Pankaja, Aravind, Nalini, and many more.

Many art forms that were excavated from Mohenjo Daro contained lotus carvings and paintings.

This national flower of India finds its place in rangoli, Mehendi, jewelry, motifs, saree art, home decor, as well as in the traditional stone carvings of India. A temple without a lotus design or carving is very rare in India. One can find astonishing carvings of this flower on the ceilings of ancient temples of India. In modern-day temples, huge rangoli designs are drawn on the temple floors and mandapas.

Interestingly, Lotus is not only popular in India but also worldwide. Any religion that preaches towards detachment symbolizes this water lily for the same.

Meaning: The person who does actions, offering them to Brahman(the Supreme), abandoning attachment is not tainted by sin, just as a lotus leaf which remains unaffected by the water on it.

Meaning: This is a hymn in praise of Goddess Lakshmi who is being compared with lotus and her likeness towards them.

Significance of Lotus in Buddhism

The speeches of Buddha find a special mention of Lotus. In many of his quotes, we can find Buddha preaching humans to live like lotuses unaffected by the attractions and evil.

Buddha himself is seen to be sitting on a gigantic lotus in a meditative posture. As per Buddhist legends, when Lord Buddha was born, there were lotus flowers at his feet. Also, lotuses bloomed wherever the enlightened Buddha laid his feet.

A lotus is called Paduma in Pali script. Padmasambhava is the name of the revered Gurus of Buddhism. Besides, in many iconographies, one can see Lord Buddha holding lotus flowers in his hand. He symbolically guides mankind towards detachment just like the lotus that shuns water or mud though it is born out of them.

Significance of Lotus in Jainism

The national flower of India is spiritually significant for Jains too. Jain founders, the revered Tirthankaras, are depicted to be sitting on lotus thrones. Padmaprabha- is the name of one of the most famous Tirthankaras of Jainism.

Significance of Lotus in Sikhism

Lotus has hundreds of mentions in Sikhism literature. According to Guru Granth Sahib, the lotus is the symbol of the human soul. Some even believe that the Sri Harmandir Sahib or the Amritsar Temple is located amidst the sacred water just like the lotus in a pond.

The Indian flower Lotus finds an important place in Ayurveda. Accordingly, the flower is potent enough to cure heart ailments, kidney problems, and spleen issues. Lotus is also believed to be a cure for menstruation problems, skin diseases, and for curing infections. The seeds, leaves, roots, and stalk are edible and are nutritionally rich.

Indian poets have always fallen in love with women’s eyes and the first thing that strikes their mind is comparing them with a lotus flower. Sometimes, in Indian literature, a ‘flower’ means ‘lotus’.

Meaning: If you want to see a lotus born of a lotus, look at the beautiful eyes of a woman with a beautiful face.

Kamba Ramayana, poet Kamba compares Lord Ram’s face with a lotus. In one narration, he attributes the comparison and says even when Dasaratha asked him to go to the forest, Lord Ram’s face resembled a lotus.

Lotus in every spirit teaches mankind to stay detached, fulfill one’s dharma, and vanish. Here are some famous quotes on a lotus that convey the same message:

Be like a lotus. Let the beauty of your heart speak. Be grateful to the mud, water, air and the light.

Seeing the mud around a lotus is pessimism, seeing a lotus in the mud is optimism.

The lotus comes from the murkiest water but grows into the purest thing.

As a lotus flower is born in water, grows in water and rises out of the water to stand above it unsoiled, so I, born in the world, raised in the world having overcome the world, live unsoiled by the world.